Fair Tax on Twitter
Did you know that a waiter gets taxed 3 times. Taxed on paycheck, tax on tips, and a 15% Food sales t ...

This You've Gotta Read
...handbook from talking points memo for dealing with right wing extremists who are silly enough to attend public meetings to protest the health care agenda.
Tweet from Rightwing Chick
Ya gotta love the left.

Labels: Columnists and Commentators
FairTax on Twitter
It's Friday. Did U take a look at the Federal withholdings on yr paycheck? How much better off wld U be if U could keep those $$'s?

Call yr state reps and urge them to press for a FairTax on a state level. This application will prove it's success!

I was driving with my three young children one warm summer evening when a woman in the convertible ahead of us stood up and waved. She was stark naked!

As I was reeling from the shock, I heard my 5-year-old shout from the back seat, 'Mom, that lady isn't wearing a seat belt!'

Labels: Humor
Fair Tax on Twitter
It's time to get rid of all those folders and filing systems you maintain yearly in preperation for April 15th! FairTax

A little girl had just finished her first week of school.

Investors are hurt by capital gains. When removing their money from retirement accts they only recieve a portion of their investments!

To my Favorite (and only) Brother, John!! 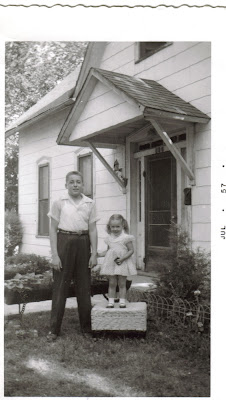 We're used to the familiar green stripes (sometimes yellow, sometimes white) on a rounded melon, but now they are being grown in a square shape to facilitate shipping, not to mention making fridge storage a bit easier too.

Some bright person has developed a pyramid shaped watermelon. I don't quite understand why, unless because it's just because they could, but at the least, I find it amusing and very creative.

Watermelon is a very versatile food. It can be sliced, made in to balls for punch, or just for an interesting way to serve. I found salsa and salad recipes, drink recipes

and pictures of watermelon art.

If you're of a mind for a way to serve watermelon that isn't exactly kid-friendly, you might cut the watermelon in in half, or if square, the top, then pour vodka into the melon allowing it to soak in. Careful...it's already naturally waterfilled so you need to watch the liquid you're adding.
People enjoy watermelon so much that shoes, hats, and clothing are made with the familiar colors of green, white, and red, along with the striping patterns and black dots for seeds.
Speaking of which, there are seedless varieties of watermelon now. I would have really liked that on those long-ago summer days of my youth, when visiting family in Pennsylvania. We kids would sit on the back porch and eat watermelon, listening to the aunts and uncles, parents and grandparents talking of this or that. There was always a badminton or baseball game in the backyard. Those were good days with very fond memories of those days and the people who have since left us.
Find more information about our favorite summer fruit here.
Posted by Kitten at 8/03/2009 08:39:00 PM No comments:

OPINIONS
On the first day of school, a first-grader handed his teacher a note from his mother.
The note read, 'The opinions expressed by this child are not necessarily those of his parents '
Posted by Kitten at 8/03/2009 01:01:00 AM No comments:

By yr 10, GDP will be about 11.3% higher under the Fairtax. Amazing what happens when U quit punishing productivity!

Fair Tax on Twitter
A compilation of the (some) of the top 10 Reasons to Support the Fair Tax. I say "some" of the Top 10 Reasons because there are just so many reasons! And, these are in no particular order.

(1) A method to fund the federal gov with a 23% Consumption tax~collected only on goods bought a retail level.

(2) Families according to size are issued monthly prebates to cover basic living expenses. Remember only paying on retail goods.

(3) Also important, these are inclusive taxes the cost of your purchases will remain the same. After removing imbedded 22% taxes.

(5) Without the income tax's complications. There's no more need for lobbyists. They exists to manipulate tax code. Pwr to the people

(6) Your gov oversteps as they are doing now. Starve them out to make them listen simply by changing spending habits! Pwr to people.

(7) Elimination of corporate taxes. Understand this is double taxation on you. The end consumer always pays taxes.

(8) By dropping corporate tax rates to 0, capital that has escaped our punishing tax code will flood back, creating new jobs.

(9) When politicians have 2 raise taxes on 100% of American ppl, instead of playing class warfare as they do 2day it 1't be as easy!

(10) Trillions of $'s are wasted yearly complying with our taxcode. Let's put that capital to better use in the free market.
FairTax.org

Labels: Twittered
Why We Love Children

While working for an organization that delivers lunches to elderly shut-ins, I used to take my 4-year-old daughter on my afternoon rounds. She was unfailingly intrigued by the various appliances of old age, particularly the canes, walkers and wheelchairs.

One day I found her staring at a pair of false teeth soaking in a glass. As I braced myself for the inevitable barrage of questions, she merely turned and whispered, 'The tooth fairy will never believe this!'
Posted by Kitten at 8/02/2009 01:01:00 AM No comments:

FairTax.org
Call your state representatives and urge them to press for a FairTax on a state level. This application will prove it's success!
Posted by Kitten at 8/02/2009 01:01:00 AM No comments: