1. Why do men become smarter during sex?
(because they are plugged into a genius)

( C'mon guys, we laugh at your blonde jokes!)

And a personal favorite:

Remember, if you haven't got a smile on your face and
laughter in your heart...
Then you're just an old sour grump! 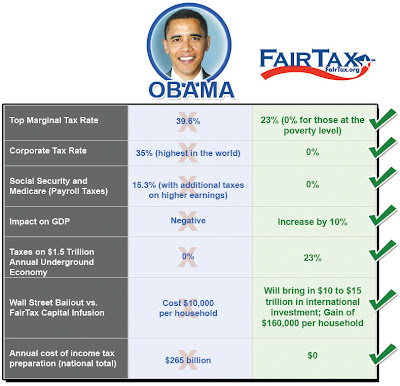 is coming Thursday, 5/7/9.
Three consecutive odd numbers make up the date only six times in a century. This day marks the half-way point in this parade of Odd Days which began with 1/3/5. The previous stretch of six dates like this started with 1/3/1905---13 months after the Wright Brothers' flight.

Labels: Now You Know
A Buggy Ride
An Amish woman was driving her buggy to town when a highway patrol officer stopped her.
"I'm not going to cite you," said the officer. " I just wanted to warn you that the reflector on the back of your buggy is broken and it could be dangerous."
"I thank thee," replied the Amish lady. "I shall have my husband repair it as soon as I return home."
"Also," said the officer, "I noticed one of the reins to your horse is wrapped around his testicles. Some people might consider this cruelty to animals so you should have your husband check that too."
True to her work, when the Amish lady got home she told her husband about the broken reflector, and he said he would put a new one on immediately.
"Also," said the Amish woman, "The policeman said there was something wrong with the emergency brake."
Posted by Kitten at 5/06/2009 01:01:00 AM No comments: Links to this post

The Obama Flu?
by Patrick J. Buchanan
Posted 05/01/2009 ET
Updated 05/01/2009 ET
Because of the peril of swine flu, Joe Biden said yesterday, he would urge his family to stay out of "confined places" like airplanes and subways here in the United States.
Yet, the Obama administration will not consider closing the United States to airplanes and buses coming in from the epicenter of the epidemic, Mexico City.
Does this contradiction make sense?
America, at this writing, has recorded fewer than 100 cases of the swine flu. One victim has died, a 2-year-old Mexican boy. He was flown out of Mexico City to Matamoros, crossed over with his parents into Texas, was taken to a hospital in Brownsville, terribly sick, then transferred to a Houston hospital. There he died.
Clear from this is that Mexicans, seriously ill, may head for the United States, where the medical care is known to be far superior and also free for the indigent.
This is understandable.
What is not is the United States conducting business as usual on the Mexican border, when tourists are fleeing Cancun, cruise ships refuse to put in to Mexican ports, Texas is closing schools, Europeans are shutting airports to flights from Mexico City and Obama is telling parents to pull the kids out of school if the flu shows up.
Is this a serious medical menace to Americans or not?
Some scientists claim this is a mild hybrid strain of the flu that visits every season, no big deal. But the World Health Organization has raised the threat level of H1N1 swine flu to Category 5. This means the world is at imminent risk of a pandemic. Yet, the death toll, as of now, is only one in the United States, and 159 out of 2,500 sickened in Mexico.
Still, the political fallout here could be immense.
According to Secretary of Homeland Security Janet Napolitano, in a normal flu season, 35,000 Americans die. Thirty-five thousand! That is more than 10 times the number who died on 9-11 and about as many as we lost in the Korean War.
And if this Mexican flu is anything like the Hong Kong flu that killed 33,000 Americans in 1968-69, or, Lord forbid, the Spanish Flu that killed 25 million to 50 million worldwide in 1918-19 -- more Americans died from it than all the Americans killed in World Wars I and II combined -- this administration is dangerously behind the curve.
Back in 1980, Gov. Jerry Brown's refusal to use the pesticide malathion on the Mediterranean fruit fly almost killed his career. For the Medflies made it over the mountains into the Central Valley and ravaged California's crops and orchards. And we were only talking then about farm produce, not tens of thousands of lives possibly lost.
Obama's coolness may prove correct.
But if he is perceived at having refused to close the border to buses bringing in sick Mexicans, or airports to planes coming in from Mexico City, so as not to offend the open-borders crowd, and a deadly epidemic ensues, full responsibility will be his. And he will pay a far greater price than George W. Bush did for being AWOL in Katrina.
For a president's first duty is not to the NAFTA-mandated free flow of goods and people between the United States and Mexico, but to protect the health and lives of the American people.
In the 1940s, it was not uncommon, when there was an outbreak of measles, mumps, chicken pox, scarlet fever or polio, for homes and families to be quarantined until it could be demonstrated to health authorities that everyone in the house was free of the disease.
Today's political correctness means we cannot discriminate against individuals who may bring in infectious diseases like AIDS.
Under NAFTA, GATT and globalization, America threw open her doors to mass immigration and accepted an invasion of illegal aliens that brought 12 million to 20 million into the country.
With them has come a raft of diseases never seen here before, or eradicated years ago: multiple drug resistant tuberculosis, malaria, leprosy, measles, syphilis, Chagas disease, dengue fever and new strains of hepatitis. Even bed bugs have invaded half the American states.
However "mild" Mexican swine flu may prove to be, it is wreaking havoc in Mexico. And, already, that country is suffering from a collapse in the price of oil it sells to the United States, a reduction in the remittances sent back from Mexican workers in the United States due to the downturn here and a collapse in tourism due to the cartels war that took 6,000 lives last year.
Now, with tourists fleeing, hotels emptying out and athletic events being canceled, Mexico could be hit with a second devastating economic blow, from which she does not soon recover.
In January, the U.S. Joint Forces Command identified two large nations in real danger of "rapid and sudden collapse."
One was Pakistan, the other Mexico.
Unfortunately, the boys at the JFC seem to have gotten it right.
Posted by Kitten at 5/04/2009 01:01:00 AM No comments: Links to this post

Labels: Sunday humor
Simplicity Can Add Hours to Your Day
When our lives get chaotic, we pay dearly in stress and money. There are hundreds of things you can do to simplify your life. Here are six ideas to help you get started.

1. Carry only the keys you use every day. Clean everything else off your key ring. If you don't recognize what a key is for, toss it. If you have keys you use occasionally, keep them on separate rings in a safe place. I carry only three keys: house, car and office. They're not bulky, and they fit into a small pocket in my purse. Not only has this simplified my life, but my car's ignition is happier too. Heavy keys pull the ignition out of alignment causing it to fail eventually.

2. Downsize your purse or briefcase. Carry only the minimum essentials. If you're anything like me, no matter what size of bag I carry, it is completely filled and then some. Ditch the bag that's the size of Nebraska in favor of something small and compact. Now carry only the items you really need.

3. Cut back your jewelry to a couple of simple but elegant items. It takes a lot of energy to manage dozens of pairs of earrings, necklaces and bracelets. About five years ago, I decided I would own and wear only one pair of classic earrings. It was a bold move, but one I have never regretted. You cannot imagine how this has simplified my life.

4. Buy only white linens. Now everything matches, and that saves time and hassle. Fine hotels everywhere feature all white linens. When everything is white, you don't worry about fading, about matching up sets or whether the linens match a room's decor. Every top sheet goes with every fitted sheet, so you don't have laundry time hassles. Everything launders the same. White linens are classic, and they're cheaper, too.

5. Keep a tasteful trash receptacle where you open mail. Handle mail only once. Don't carry all the junk mail to a new location to become more household clutter. Put a waste can right where you open the mail and dump the junk the moment you identify it as such.

6. Get rid of two guilt-creating devices: Call waiting and the answering machine. I cannot believe how my life has been simplified since I no longer walk into the house knowing that I'm obligated to return 12 calls. If they want me badly enough, they'll call back. Ditto for call waiting.

We're given just 24 hours each day. So far, no one's figured out how to increase that number, but if you begin to simplify your life you'll swear you've suddenly found more hours in your day!

Presented for your consideration, the first of a series to help us all make it through these troubling times. As always, click on the hyperlink in the title for more information
Posted by Kitten at 5/03/2009 01:01:00 AM No comments: Links to this post