The National Campaign to win passage of the FairTax is set to begin next month, in October. Your Campaign will target every one of the more than 140 million voters in the country.
The FairTax is right for every American who wants the best for our country, and is not a part of the privileged political class. Republicans, Democrats, Independents, Libertarians, Liberals, Conservatives, Moderates….all win under the FairTax.
As a former Obama Campaign Director said, ““While we can disagree on how government should spend our money; we can agree on how government should collect our taxes.”
As a Reagan Republican said, “I find that for the first time in my life, I can agree with the liberal Democrats who work with me on something…the FairTax and how badly the United States, our economy, and our people need it and need it now.”
The first round of the fight, for passage in Congress, begins next month, in October. It will continue until we win. Period. There will be no turning back.
We can settle for no less than victory. Our economy and our nation desperately needs for us to win. Our exploding federal debt desperately needs for us to win. And, we all know our country cannot continue to sustain the massive damage which is being inflicted upon us by the IRS, the 67,500+ pages of Tax Code, the special interests that suck the blood from our very national body with their slick maneuvering of the tax code language.
Consider the damage the IRS does to just one, but one very vital, part of the U. S. economy. Small businesses are by far the biggest generators of new jobs and economic growth in our country. Yet it is small businesses that are the hardest hit by the tax code and tax preparation. It costs small business $700 in tax preparation expenses for every one hundred dollars a small business pays in taxes (Source: The Tax Foundation).
Then look at the cost to individuals of IRS tax preparation. We spend $300 billion every year measuring, tracking, sheltering, documenting, and filing our annual income. We pay professional income tax preparers billions every year, and they have an error rate of 99%!!! If the professionals are wrong 99% of the time, what chance does the average person have? And, if you make a mistake, the IRS can try and put you in prison.
The FairTax will end this forever. No tax is easier to collect, 44 states have sales taxes. Tax fraud is virtually nonexistent, tax preparation is zero, small businesses can easily handle a sales tax, and the cost of collecting the FairTax will be very near zero!
Posted by Kitten at 9/18/2009 03:32:00 PM No comments: Links to this post

Labels: Fair Tax Friday
FairTax on Twitter
It's FairTax Friday - look at your paystub!
Here's a link to purchase the 1st #FairTax book @ a great price! http://bit.ly/1htbZ
Here's a link to purchase the 2nd #FairTax book, Answering the Critics for super cheap! http://bit.ly/3WCYc6
When a book is released abt Tax Reform & tops the NY Times Best Seller Lists. It's obviously not yr ordinary tax plan!
FairTax.org
Posted by Kitten at 9/18/2009 01:01:00 AM No comments: Links to this post

This Date in History
The Constitutional Convention, also known as the Philadelphia Convention, convened with the purpose of writing a new constitution for the American nation.
On September 17, 1787, the Convention finished its work and 39 members signed this document, thereby creating a new government. Members, such as Benjamin Franklin, admitted that the document was not perfect, but the Convention felt confident in presenting the constitution to the states for ratification. The success of the American colonists in the Revolutionary War culminated in the moment when these inspired men finished signing the document that created one of the strongest nations in the world, built upon democracy, justice, and the pursuit of happiness.
Posted by Kitten at 9/17/2009 01:01:00 AM No comments: Links to this post

I Pledge Allegiance... Right?
Posted By Bobby Eberle On September 15, 2009 at 7:12 am
With the end of summer and the beginning of a new school year, the routine definitely changes. Instead of the kids sleeping until noon, they have to get up bright and early. I'm not sure about yours, but my kids are not naturally the "early riser" types. Homework, projects, and activities now fill their days.

But, there is one activity that goes hand in hand with going back to school, and it has some school districts on edge: reciting the Pledge of Allegiance. First, we had (and continue to have) the battle over whether the words "Under God" were constitutional. Now, some districts are looking at notices stating that students have a "right to remain silent." There seems to be much more concern these days for covering one's legal backside than simply showing a few moments of patriotism and dedication to this wonderful nation. What's next?

As noted in a story on FOXNews.com, courts have "consistently ruled that students have the right not to recite the pledge in public schools." However, some groups are "taking it one step further, arguing that the law compels educators to inform kids at the beginning of school that the decision is entirely up to them."

They're advocating a "Miranda warning" for the Pledge -- an administrative notice to students that they have the right to remain silent.

"The Pledge of Allegiance creates a constitutional problem. You have to tell students they can opt out," the Rev. Barry Lynn, executive director of Americans United for Separation of Church and State, told FOX News.

School districts are scrambling to come up with ways of complying with the fact that children are not required to recite the Pledge.

New Mexico dealt with this question last month when its education secretary upheld that students are permitted to opt out of the Pledge, but rejected an ACLU-backed amendment that would require schools to inform parents and students that they have the option.

In Florida, schools have tried to resolve uncertainty by announcing a new policy -- students don't have to participate, as long as they have a letter from Mom and Dad.

According to KRWG TV, in the New Mexico situation, Education Secretary Veronica Garcia decided against any amendments to the current rule "requiring the Pledge of Allegiance to be recited every day in public schools." Rather than issuing a state document stating that children can "opt out" of the Pledge, Garcia noted that "most school districts already have policies in place to address that." In addition, "Garcia also said changing the state rule could give the mistaken impression that the Pledge of Allegiance is not important in New Mexico's classrooms."

Good for Garcia! Promoting the fact that the Pledge does not have to be spoken only diminishes its importance. Children can always opt out... that doesn't mean we should drift farther away from reciting the Pledge and simply making it "something you don't have to do."

Despite the ACLU's efforts to draw more focus on NOT saying the Pledge, the recitation of those words remains popular. A Rasmussen Reports poll from November 2008 shows that 77% of U.S. voters "say school children should say the Pledge of Allegiance every morning at school." In addition, "Eighty-two percent (82%) say the words "under God" should remain in the Pledge as well. Fourteen percent (14%) think the phrase should be dropped from the Pledge, and just four percent (4%) have no opinion."

More and more, we see the essence of America being attacked. Barack Obama says he wants to "fundamentally transform" America to something different. My question is... from what to what? What is it that he wants to fundamentally transform? Prayer is under attack. Patriotism is under attack. Capitalism and free enterprise are under attack. How about giving thanks to God that we live in such a wonderful country, with such wonderful opportunities?
Posted by Kitten at 9/15/2009 12:13:00 PM No comments: Links to this post

Labels: Columnists and Commentators
Hell Explained
The following is an actual question given on a University of Washington chemistry mid-term.
The answer by one student was so "profound" that the professor shared it with colleagues, via the Internet, which is, of course, why we now have the pleasure of enjoying it as well:
Bonus Question: Is Hell exothermic (gives off heat) or endothermic (absorbs heat)?
Most of the students wrote proofs of their beliefs using Boyle's Law (gas cools when it expands and heats when it is compressed) or some variant.
One student, however, wrote the following:
First, we need to know how the mass of Hell is changing in time. So we need to know the rate at which souls are moving into Hell and the rate at which they are leaving. I think that we can safely assume that once a soul gets to Hell, it will not leave. Therefore, no souls are leaving. As for how many souls are entering Hell, let's look at the different religions that exist in the world today.
Most of these religions state that if you are not a member of their religion, you will go to Hell. Since there is more than one of these religions and since people do not belong to more than one religion, we can project that all souls go to Hell. With birth and death rates as they are, we can expect the number of souls in Hell to increase exponentially. Now, we look at the rate of change of the volume in Hell because Boyle's Law states that in order for the temperature and pressure in Hell to stay the same, the volume of Hell has to expand proportionately as souls are added.
This gives two possibilities:
1. If Hell is expanding at a slower rate than the rate at which souls enter Hell, then the temperature and pressure in Hell will increase until all Hell breaks loose.
2. If Hell is expanding at a rate faster than the increase of souls in Hell, then the temperature and pressure will drop until Hell freezes over.
So which is it?
If we accept the postulate given to me by Teresa during my Freshman year that, 'It will be a cold day in Hell before I sleep with you,' and take into account the fact that I slept with her last night, then number two must be true, and thus I am sure that Hell is exothermic and has already frozen over. The corollary of this theory is that since Hell has frozen over, it follows that it is not accepting any more souls and is therefore, extinct......leaving only Heaven, thereby proving the existence of a divine being which explains why, last night, Teresa kept shouting 'Oh my God.'
This student received an A+
Posted by Kitten at 9/15/2009 01:01:00 AM No comments: Links to this post

Wish I Could Think So Quickly
A man boarded a plane with six kids. After they got settled in their seats a woman sitting across the aisle from him leaned over to him and asked, "Are all of those kids yours?"
He replied, "No. I work for a condom company. These are customer complaints."
Posted by Kitten at 9/14/2009 01:01:00 AM No comments: Links to this post 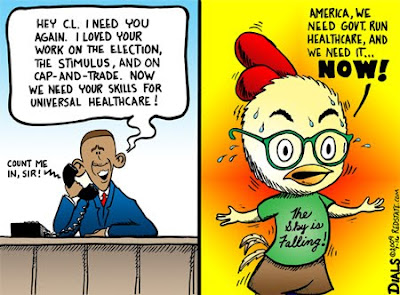