"History affords us many instances of the ruin of states, by the prosecution of measures ill suited to the temper and genius of their people. The ordaining of laws in favor of one part of the nation, to the prejudice and oppression of another, is certainly the most erroneous and mistaken policy. An equal dispensation of protection, rights, privileges, and advantages, is what every part is entitled to, and ought to enjoy... These measures never fail to create great and violent jealousies and animosities between the people favored and the people oppressed; whence a total separation of affections, interests, political obligations, and all manner of connections, by which the whole state is weakened."
--Benjamin Franklin, Emblematical Representations
Posted by Kitten at 1/24/2009 12:01:00 AM No comments:

Feminists at the Inauguration Praising Themselves for Being Women
Rachel Alexander
January 18, 2009 at 1:59 pm
Emily's List, the feminist organization whose sole purpose is to get pro-abortion women elected to Congress, hosted a segment of the inauguration today featuring speeches by its stars. The theme was praising women for being women. (the listener is thinking, and???)

The gist of Pelosi's speech was to celebrate the fact that women have overcome barriers to public office. It sounded silly considering the first woman was elected to Congress in *1916,* and 249 women have been elected to Congress. Women made advancements a long time ago yet feminists still have no theme but celebrating this. Contrast this with a Republican Women's meeting, which would never go on ad nauseum about how wonderful it is that women are in office. They're not living in the past and obsessed with their gender.

Janet Napolitano gave a dull speech congratulating herself for being the first female Attorney General in Arizona, and the first woman to head the National Governor's Association. So? Women have been gradually getting into public leadership since 1916. Napolitano didn't do anything special to get there, it was inevitable.

The leadership of Emily's List who spoke were typical white women. Feminist leadership is always composed of white women but they overlook that when they accuse Republicans of being the party of white men, which isn't accurate considering men and women are very closely divided between parties. They bragged about getting pro-abortion women elected. It is really disturbing that the #1 goal of that organization is electing pro-abortion women. Why is aborting babies their #1 goal in politics?

Listening to their underachieving biographies, it became apparent why feminists are so angry. Too many of them got where they're at based on some kind of affirmative action - the left promoted and paid for these women to rise in the ranks, solely on the basis of their being women. Contrast this with being a woman in the GOP - female Republican leaders aren't angry because they know they got where they are based on merit.

Former Governor of New Hampshire Jeanne Shaheen spoke next. After she lost to Sunnunu in a race for U.S. Senate, she got a job teaching at Harvard. Can you imagine J.D. Hayworth being offered a job teaching at Harvard after losing his Congressional reelection bid? Of course not. Fortunately there are still some democratic processes out there, namely talk radio, where the average American has a say, so conservatives aren't shut out.

Shaheen came across as a man-hater. She said she got lost in the Senate building because it was designed by men. Blame men instead of her own cluelessness. She snidely said she makes her security detail carry her purse. If these kinds of remarks had been directed the other way, a leading male Senator were to say misogynist remarks about women, it would be a huge scandal. Instead, these comments won't even make the newspapers.

Sen. Kay Hagen, who beat Elizabeth Dole for U.S. Senate in South Carolina, continued the trend of complaining about men. Her beef was that the swimming pool in the Congressional gym was only set up for men, not women. If this is invidious discrimination, then why haven't her feminist friends (who have been in Congress since 1916) gotten it corrected over the years? Most likely, there haven't been any women yet expressing an interest in using it. This is the kind of discrimination feminists are spending our time and money complaining about? Embarrassing.

Hillary Clinton showed up late and lectured everyone in her monotone, schoolmarm voice. She looked like a man with her androgynous hairstyle, which was was amusing considering feminists make such an issue of and get so confused about whether they should look and dress like men, or whether they should emphasize their gender differences. Hillary blandly listed off the appalling ways women are treated around the world, but it was hard to believe she really cares that much considering she supports aborting 1.5 million babies in the U.S. each year, over half of which are female, many aborted solely because they are female (the mother wanted a boy). One got the feeling from her cold delivery that the reason she is so concerned about the status of women overseas is because of an internal hostility towards men. Hillary got where she is today by riding her husband's charismatic coattails, and resents it, having to put up with all of his public cheating to get there. So she is going to make men pay.

Is This Guy for Real?
Posted By Bobby Eberle On January 22, 2009 at 7:18 am
Now that the Senate has rolled over and confirmed Hillary Clinton as secretary of state without so much as a whimper, attention now turns to the confirmation hearing of Tim Geithner. This man was tapped by Obama to be our new treasury secretary... you know... the organization to which you pay your taxes each year. However, it seems that Geithner himself has a hard time paying taxes... several years worth.
Considering that other cabinet-level picks have been rejected and scrutinized for far less serious actions, there is no way that Geithner should be confirmed. Republican senators must make a stand. The media is treating all Obama picks as golden, even if they have more baggage than a Greyhound bus. So, it comes down to the Republicans in the Senate to make the case.
As noted in a Wednesday AP news story on GOPUSA, "Obama's decision to select Geithner was widely seen as an effort by the new administration to hit the ground running in dealing with the country's economic woes."
The story goes on and on about the state of the economy and Obama's efforts to further inject government into it. Only at the end does the "news" piece actually go into the meat of the story, which is Geithner's failure to pay his taxes. Seems like any Obama pick is good enough for the media.
Some senators are stepping forward, however, in order to make sense of Geithner's inactions. As noted in the Washington Post's coverage of the Senate hearing, Sen. Jon Kyl (R-AZ) went after Geithner with a careful array of questions.
It was about a 20-question exchange that could best be described as restrained but intense. Unlike Sen. Jim Bunning's (R-Ky.) attack on Geithner's handling of his taxes, which was mostly bombast, Kyl's was more surgical, as he tried to get Geithner to admit to one thing: You made the same mistakes on your 2001 and 2002 taxes as you did on your 2003 and 2004 taxes, which you corrected -- at any time before being asked to be Treasury secretary did you think to go back and pay your back taxes from '01 and '02?
In other words, would you have come clean on your whole tax bill had you not been selected to be Treasury secretary?
In one exchange, Kyl asked, "Isn't it a fact that you immediately or very quickly realized that the same mistake you made in 2003 and '04 was probably made in '01 and 02 but the statute of limitations had run out and you didn't have to pay taxes for the other years?"
As noted by the Post, "Geithner responded the same way as he had all day: It was a mistake, the IRS told me I had fulfilled my obligation, I should have caught it."
Obama called Geithner's tax problems an "innocent mistake." Come on! The man made the same mistake on his taxes for years, gets caught on it for the last two, but doesn't correct it for years which he knows are bad too?
In addition, as history shows, following the stock market crash of 1929, unemployment spiked in the next month, but as 1930 went on, unemployment was steadily coming back down. However, the government stepped in with massive programs, and the country fell into the Great Depression.
So, how does Geithner feel about government and the economy? Check out his statement to the Senate Finance Committee for some clues:
First, we must act quickly to provide substantial support for economic recovery and to get credit flowing again.
The tragic history of financial crises is a history of failures by governments to act with the speed and force commensurate with the severity of the crisis. If our policy response is tentative and incrementalist, if we do not demonstrate by our actions a clear and consistent commitment to do what is necessary to solve the problem, then we risk greater damage to living standards, to the economy’s productive potential, and to the fabric of our financial system.
Senators, the ultimate costs of this crisis will be greater, if we do not act with sufficient strength now.
America does not need Geithner in government. Obama's pick to run the treasury should be rejected. The tax issues alone should disqualify him. His philosophical embracing of big government is an added reason.
Remember the Senate hearings for John Ashcroft? The man had a stellar reputation, and he was relentlessly criticized simply for being conservative. Here's a big-government liberal who also has a problem paying his taxes, and the media and Obama expect us to give him a pass. Wrong! Come on, Senate Republicans! It's time to say no to Geithner.
Posted by Kitten at 1/22/2009 08:41:00 PM No comments:

Labels: Politics
"Public virtue cannot exist in a nation without private, and public virtue is the only foundation of republics. There must be a positive passion for the public good, the public interest, honour, power and glory, established in the minds of the people, or there can be no republican government, nor any real liberty: and this public passion must be superiour to all private passions."
--John Adams, letter to Mercy Warren, 16 April 1776
Posted by Kitten at 1/22/2009 12:01:00 AM No comments:

I'm from the government and I'm here to help 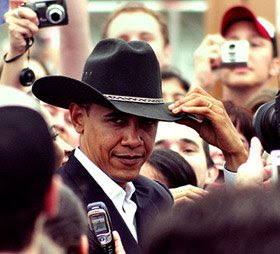 "I think we have more machinery of government than is necessary, too many parasites living on the labor of the industrious."
--Thomas Jefferson, letter to Thomas Cooper, 29 November 1802
Posted by Kitten at 1/20/2009 12:01:00 AM No comments:

Labels: Quotes
"Equal and exact justice to all men, of whatever persuasion,
religious or political."
-- Thomas Jefferson (First Inaugural Address, 4 March 1801)
Reference: Inaugural Addresses of the Presidents of the United
States.
Posted by Kitten at 1/20/2009 12:01:00 AM No comments: