Laptops for Injured Soldiers - Part II
I posted previously about Project Valour-IT, the project to get laptop computers to our wounded veterans at military hospitals. The project is ongoing, but I thought you might like to know how it's going. Over $7500 has been raised. There are 10 laptops, software, and bags going to Bethesda; four will be passed on to Walter Reed.
Soldiers Angel's goal is to raise $600,000 for 150 laptops in every military medical center. Donations can be made here. there are corporate sponsors, but your donations are needed too.
I swiped this comment from Fuzzilicious Thinking. I think it accurately describes just how much a laptop will mean to a wounded soldier:
Seawitch, that is an absolutely amazing and bloody important cause that you are supporting. As I have a high-level spinal cord injury I also use a voice-activated computer. I have my little microphone that I speak into, and because I can move my arms I have a trackball mouse[...]I know what it is like to be stuck in hospital for a long time with nothing to do and no access to the outside world[...]
This project will make a massive difference to the lives of wounded soldiers. Giving them access to the outside world, as well as the independence that voice-activated computers will bring, is such an honourable way to thank them for the sacrifices they have made for our well-being.
Seawitch can be found here. Look, no matter what you think of the war, or it's reasons, or who you blame for what, we cannot forget the ones who have been wounded in it's cause. No matter what you choose to believe about why they were there, we must take care of them. This is one way to do that.
Posted by Kitten at 8/27/2005 06:58:00 PM No comments: Links to this post

Now that Latoyia Figueroa has been buried and her boyfriend charged, let's revisit some of the missing I've posted about. All are still missing as far as I know.
Cheryl Ann Magner. Missing since the first of June. 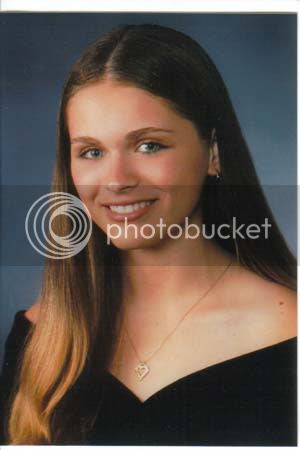 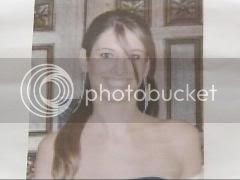 Natalee Holloway is still missing in Aruba. The difference between the women listed above and Natalee is that Natalee's family made her case national news. Not one of the young women is more important than the other, except to her family and friends, but Natalee's family was able to keep the publicity going that kept her name in the news. And that's why her case will be solved.
Don't forget these women. We hope they are alive, but time is against that. They need to be found and returned to their families. They deserve to come home and their families deserve to have resolution to their disapperance.
Anyone with knowledge of these women's whereabout should notify local authories.
Posted by Kitten at 8/27/2005 06:02:00 PM No comments: Links to this post

Some might wonder why I haven't said anything about Katrina. She's crossed the Keys and is now taking aim on Louisiana. Well, that's because I really don't have anything to say. The temperature has dropped to 77 degrees and we've got a cloud covered sky. A little wind, but that's about all for now. I expect we'll get more wind (ESE at 20-30 mph) and some rain (60% chance) later. The flood warnings have expired (posted by NOAA last night).
I can tell the barometric pressure has dropped. I get headaches when it does and my head has been hurting all afternoon. OTC meds don't help, so I just ride it out. Since Katrina is off-shore, it won't get any worse. It's just enough to be an annoyance. So, I'm leaving the blogging to those who actually have something other than headaches to blog about. See my sidebar for Florida bloggers you might be interested in. Many have lots to say and have photos, too.
When it comes to 'canes, I'd much rather read someone else's experience than post about my own. And yes, I know it will be my turn sometime. While I won't wish 'canes on anyone else, it's one of those "better you than me" things.
Posted by Kitten at 8/27/2005 05:37:00 PM No comments: Links to this post

"We must end welfare state subsidies for illegal immigrants. Some illegal immigrants - certainly not all - receive housing subsidies, food stamps, free medical care, and other forms of welfare. This alienates taxpayers and breeds suspicion of immigrants, even though the majority of them work very hard. Without a welfare state, we would know that everyone coming to America wanted to work hard and support himself.
"Our current welfare system also encourages illegal immigration by discouraging American citizens to take low-wage jobs. This creates greater demand for illegal foreign labor. Welfare programs and minimum wage laws create an artificial market for labor to do the jobs Americans supposedly won't do."
- Rep. Ron Paul (R-Texas)

The NCAA has decreed that a team using an Indian name cannot compete in a championship game. How about the NCAA leaving the PC nonsense alone and make sure that the athletes are not using steroids and other drugs? And here's a concept: earning their diplomas because they actually know the course material and passed the exams because they knew it instead of getting because they are an athlete?
It does the athlete no good to get a diploma from a institution of higher learning if they haven't learned anything. Okay, Joe Smith earns a degree in, oh, say, American History, but was passed because he's a (enter sport of your choice) player. This sport brings in big money to this institution of higher learning. Good for the school! But when Joe breaks his leg (or whatever) and can't play for the team anymore, will that esteemed intitution still give him a degree? Heck no! Now he's expected to earn it! And that's if he can pay the tuition to keep going to school when he loses his scholarship because he can't play anymore. And how about after graduation? He's got the degree, but can't play his sport for some reason and can't get a job in his field because, he doesn't know anything about it? Don't tell me that never happens because I (and you) know it does.
The big sports scandal this summer was when Jose Canseco wrote his book outing baseball players who were juicing up. News flash! It's happening in college and high school too. High school kids are killing themselves with drugs to make it to college or to bypass college altogether and go directly to a spot on a pro team. But the NCAA has more important things to concern themselves about.
How about worrying about that, NCAA, instead of worrying about offending people? Oh, and schools can't play in championship games if they have Indian names? Is that just for the championship games or can the Seminoles change to the, oh Cable Guys, for the Big Game? (And yes, I know FSU and the Seminole tribe have agreed that it's okay for FSU to continue to be the 'Noles).
Apparently the job of the NCAA is being the PC police now. And here I thought it was to
govern competition in a fair, safe, equitable and sportsmanlike manner, and to integrate intercollegiate athletics into higher education so that the educational experience of the student-athlete is paramount.
The core purpose (quoted above) and the core values of the NCAA can be found here.
Funny, I don't see anything about keeping people from being offended.
Posted by Kitten at 8/27/2005 04:23:00 PM No comments: Links to this post

For the most part, I think of PETA as an exercise in humor, or peforming stupid people tricks and wouldn't want them involved in anything to do with animals. This is one time I would like them to get involved. The last I've heard, charges may be filed. May be? Cruelty to animals is a crime! I won't go into details because everytime I think about this, my blood pressure gets dangerously high. Let's just say that it involves dogs and their untimely deaths at the hands of city officials. Reprimands? Heads should roll and jobs lost over this.
Here is a petition in the event you are as outraged as I was. More signers are needed. Please! The goal has been reached but more signatures will not hurt.
Anybody know if this has been resolved?
Posted by Kitten at 8/27/2005 03:57:00 PM No comments: Links to this post